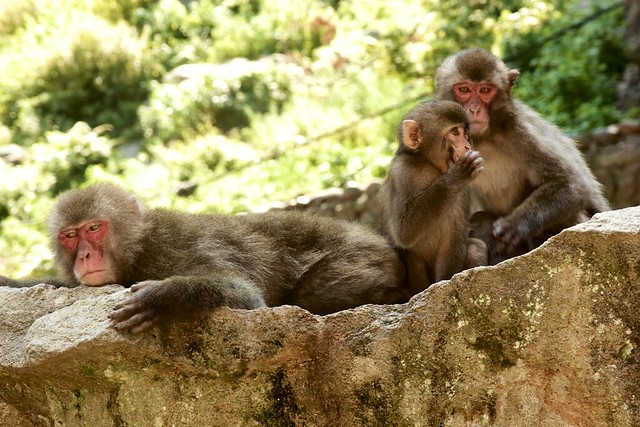 If I could be a reincarnation of anyone it would have to be Sir David Attenborough. As you all know he is still very much alive so I am not a reincarnation. But I wish I was. Also, please universe, let Sir Attenborough live until 250. Please.

The ones who have visited Hetamentaries previously know that I absolutely love animals and nature. If you are new here I suggest you check out my Maasai Mara photos because Maasai Mara has some amazing animals. Photographing animals is a challenge and a liberation. You are challenged to capture the essence of the animal but simultaneously you have no control of its behaviour. You cannot tell a lion to yawn or a monkey to look at the camera. Which is why animals are so fascinating to photograph.

During my recent visit to Japan one of our many destinations was the Takasakiyama Monkey Park. This was honestly my single request for our road trip around Kyushu island.I am currently writing all my stories from our travels and you can find them here. We went to Takasakiyama Monkey Park as I wanted to photograph the macaques of Japan. The Japanese Macaques are incredibly intelligent and their personalities shine through their behaviour. 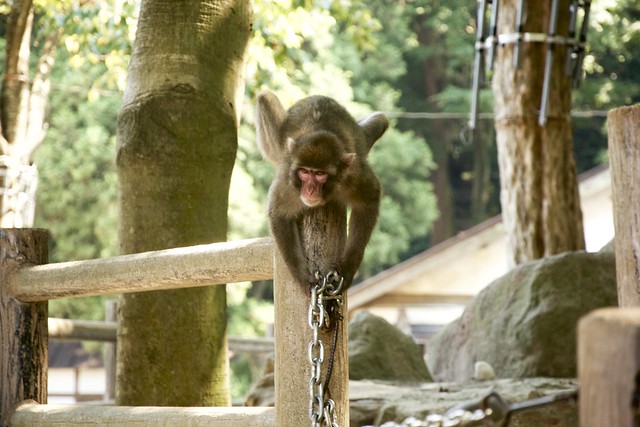 Takasakiyama Monkey Park was just an amazing place to visit. I need to clarify that it is not a zoo. The monkeys are in the park voluntarily. The park is an open area on a mountain side. Above the park on the mountain side begins a dense forest where the monkeys live. They come down for a quick and easy meal until they return to their forest home. 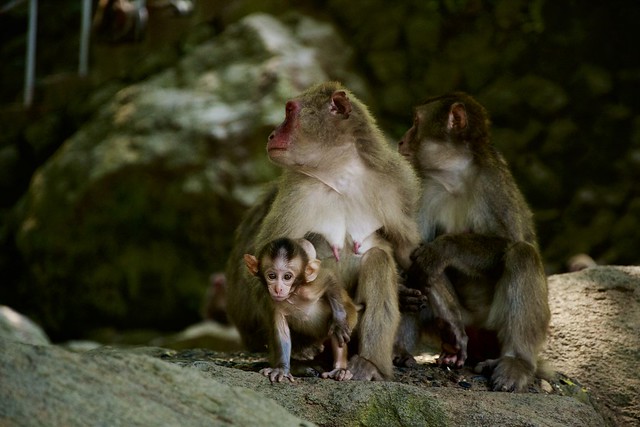 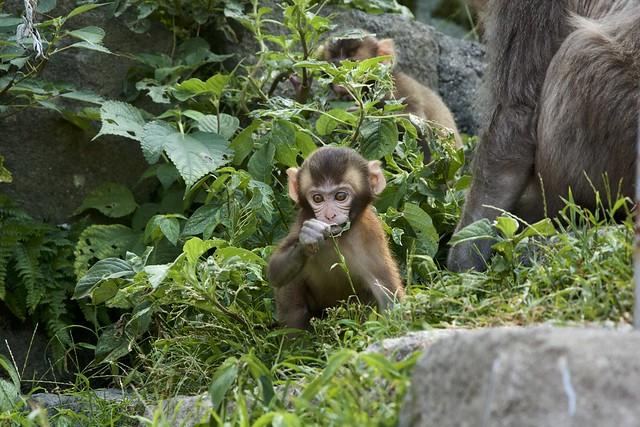 We visited during the baby season which is why the park was full of running baby monkeys. How Takasakiyama Monkey Park works is that you walk around the park where monkeys run and jump around freely. You cannot touch them as the wild monkeys might bite. They do not really care about you but especially during baby season you could sometimes feel eyes on your back if you were too close to someones baby.
I loved Takasakiyama. The macaques and their intricate culture was truly fascinating. The clan is led by a leader who eats last and is not bothered. How you picked out the alfa of the group was that they held their tails upward when others let their tails hang. The clan we were observing had alfa and beta but also one female who had apparently gained the respect of others so she held her tail high as well even though she was neither alfa or beta male.

The Game of Thrones of the Macaque world 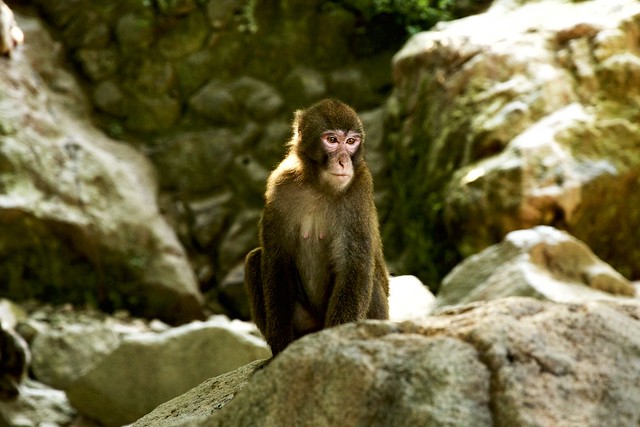 One of the most interesting things to observe was the change of clans. The people working in the park explained that there are two clans who live up high in the forest. The clans both visit the park but not at the same time as in the animal kingdom neighbourly love is more neighbourly war. As we were leaving the park the staff explained it would be time for the clan to go back to the forest and the other one to come down from the mountain. We were first going to sneak out but I am glad we bumped into the scout of the other clan. And what continued is best explained as the Game of Thrones of the Macaque world.

The scout stayed back and followed the behaviour of the other group. As it felt that it was time for his clan to come to the Park he waved. WAVED. The macaque moved its arm back and swinged it towards the main area of the park. And that is when you realised the mass of monkeys that was descending from the trees. First came the guards that ran to the top of the building near the park to keep watch. Then came the other alfas and the rest of the crowd. And with huge ruckus and noise the clans changed order as the others ran towards the trees and let the new group settle to their swings and easy meals. 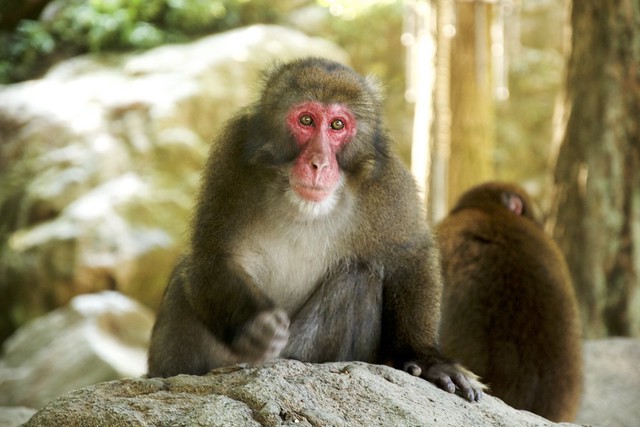 Here is the alfa. He is eating. Completely unbothered by anyone. 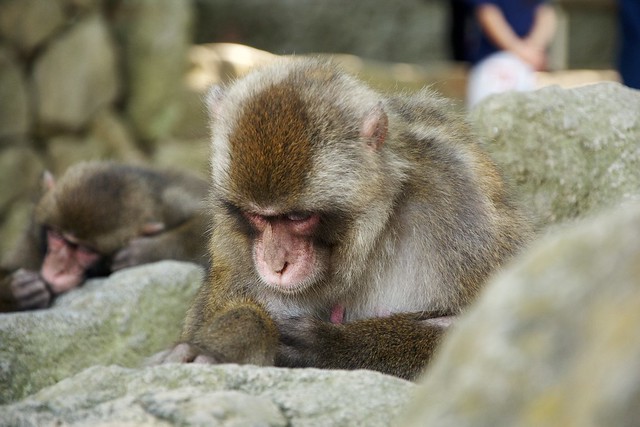 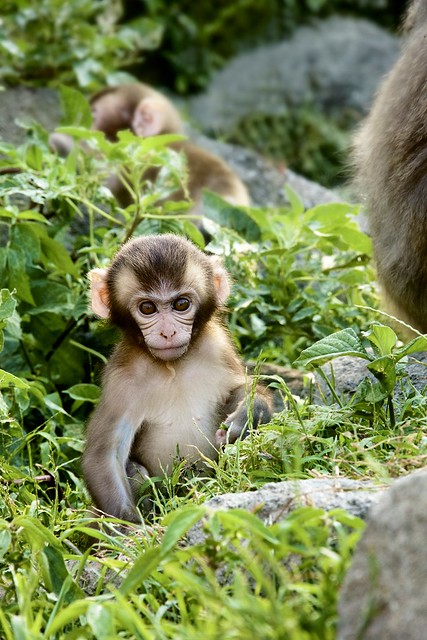 What has been a magical place you have visited recently?

P.S. I suggest you go check out my silly comic-like story of the monkeys in my Instagram.