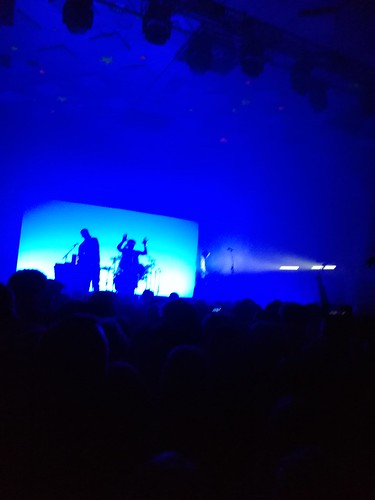 It is incredible that for the fact that I have no money in my account I have managed to travel around Europe more than in awhile. Maybe I will write about this one day. In few weeks I have travelled from Hitonhauta to home to Glasgow to home to Oulu to home to Riga. In the end of March I spent two days in Glasgow. I used to live in Scotland but still Glasgow is an unknown city to me. It is one of those cities that has something new to offer each time. My trip to Glasgow in two days included a lot of walking. Over the years I have really turned into a walking traveler. Few weeks ago I landed to Edinburgh airport from where I hopped on a night bus to Glasgow’s  Buchanan Station. Gladly the busride was only an hour and I got to my friends flat at midnight.  Two days in Glasgow were filled with walking, red buildings, fleamarkets, cafes, an amazing gig and Necropolis.

I traveled 3000 kilometres for a gig in the legendary Barrowland

Why I went to Glasgow was a band called Young Fathers who had a gig on Saturday night. The gig was in the legendary Barrowland. Barrowland is in a part of Glasgow that is filled with characters. Glasgow in itself is a melting pot of all kinds of people. You might be walking down any street and first you meet a fancy well-dressed business woman, next a outrageously quirky hipster and after them a toothless methaddict. All walking nicely behind one another. On my past travels I had visited Glasgow’s West End, the city’s hipster area. When I told my girlfriend that this time me and my friend would visit East End and South Side she laughed and asked if one of those was the ghetto of Glasgow. When I pondered the question I realised that Glasgow truly has all the worlds mixed within it. You can see a high glass building next to a rotting council flat. And that is just Glasgow. 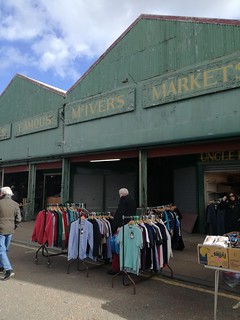 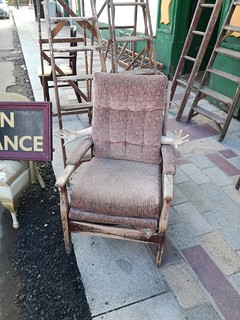 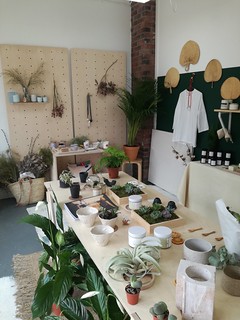 But lets return to Saturday and how I finally got to the gig and what else we did over the two days in Glasgow. Saturday before the gig was dedicated for walking around East End and other areas. 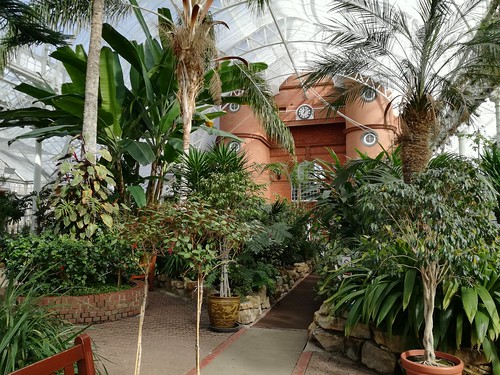 In the morning we wondered into the fleamarket area near Barrowland which was such a quirky place to visit! Each market had odd and fancy trinkets and oddities lying in mountains. We walked into the forgotten land of vintage clothes and to the street vendor who was selling an armchair with literal doll-arms coming out of it. Strange things. We accidentally also visited a lovely little shop called Tuck Studio. We ventured in because of little jars that had boobs drawn on it. Did not buy a jar but I did buy a peppermint and lemon grass soaps from there.

After the fleamarket region we went exploring to the People’s Palace. I was really impressed by the place. People’s Palace is a museum that celebrates glaswegian people. The history of the city and the lives of ordinary people are spread across the beautiful space. One can visit an oldtimey shop, look at public awareness posters about alcohol from the 70s and take a trip down history. There is also a stunning little winter garden where you can sit and look at the plants.

The best part about People’s Palace was how it was filled with regular glaswegians. It was not meant for just tourists rather than everyone. People from all walks of life were wondering into the building to look at some parts of history. When I walked around and looked at the people around me I wondered if this would work in Finland. I don’t know. Would Finns go somewhere like this with the grandchildren just to show what it was like when they were young. Or would we take our friends for a date of just looking at things that once were. Would Finns feel the same ownership that Glaswegians do over a place like this or would it be left for tourists. What do you think? 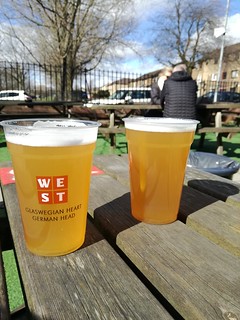 Glasgow in two days was filled with sun!

I have to admit that I won some universal weather lottery with my trip. Over the four years when I lived in Scotland I learnt to never expect a good weather. Which is why the two days surprised me. Over the two days in Glasgow I saw more sun than probably in the whole four years (I am kidding.. but only a little). Sun was of course a reason for a celebration which is why we headed over the Glasgow Green to WEST pub to open the terrace season of 2018. A top tip: if you have not eaten a lot and have instead walked for miles a pint of beer might make you a bit giddy. So there we went, giddy and tipsy, from WEST to Necropolis. Before I tell you about Necropolis there is something I have to admit. I really really like grave yards. I do not know why but I just do. So, if you are like me, you will love Necropolis!  It is a Victorian graveyard mountain filled with standing, sitting and laying tombstones that are each more magnificent than the other. 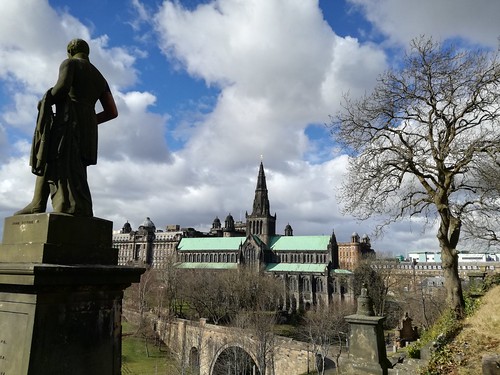 We spent a good while exploring the grounds of Necropolis. As it is a really old graveyard it is just somehow more interesting. I love reading about the people and their memorial texts. Who died when and where, are there any pirate graves, who had many children. Mundaine things that are just fascinating. Necropolis is a minimountain, which is why it shows a nice view of Glasgow. Even though on one side there is a hidious Tennets factory. But gladly there are other sides.

From Necropolis you can see the Glasgow Cathedral. If you have extra time over your trip please visit it. As it was erected in 1100s it is rather beautiful on the inside. You can also visit the catacombs and St Mungo’s grave.

From the church we headed back to my friend’s flat where we got ready for the gig. And I must say traveling 3000 kilometres for a gig was so worth it. Young Fathers is one of the best live performers I know. Barrowland as a space is also intriquing as you feel like you have simultaneously traveled back in time and somewhere else in Europe to an misty building that has a flashy Barrowland sign outside blinking to the beat of the music. 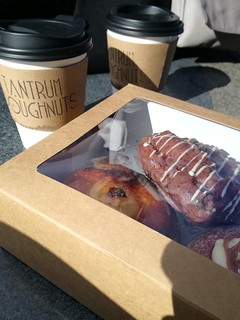 Sleep, food and Tarot-cards in Glasgow

Oh how tired I was on the next morning. And how hurt my poor brain was. Being an adult is tough. And my mind or body cannot handle Scottish partying anymore. As the sun rose above the nearby buildings we rose from our beds to talk about the gig and drink some hungover coffees. After my head had calmed for a bit we went on our explorations around the city. The first stop was Tantrum Doghnuts. That day when this doughnut store opens in a city near me I will cry. They just have the best doughnuts. Ever! 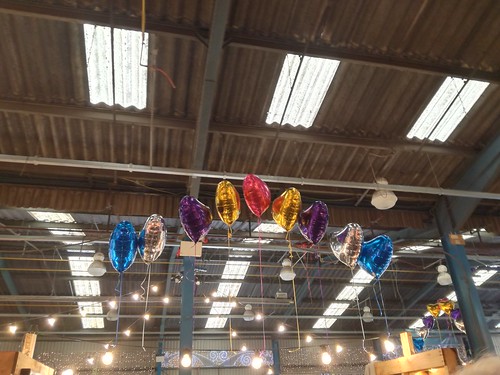 From there we ventured to the city centre and bought me some jeans, as the two days in Glasgow had killed the ones I had been wearing. After I hopped into my new pair of jeans we headed to Big Feed. This idea should be implemented in every city under the sun. A big garage filled with takeaway foodtrucks. So you do not need to worry what the weather is like. In the middle there was an area filled with seats so you could sit and eat your food. This concept also provides food for each friend so you dont have to fight about where serves food for everyone rather than here each of you can eat whatever they please and just gather to the same table to eat. 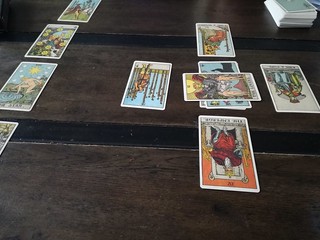 The rest of the night was spent on my friends couch. She had gotten into Tarot-cards so I was being a test body. I had three reads, two good, one awful. Even though Tarot is a bit like horoscopes, if you believe in them they will come true. And even if I claim to be a rational humanbeing I still got excited over a good read. That is just the human nature I guess, you get excited at the potential of good fortune.

The last day was for travel, missed flights, delays and sleeping in Amsterdam airport which I will tell more someday. Glasgow is a great city destination if you do not fear the weather. There is just enough variation that you can mix your own holiday meddley rather well from the choices of culture, cityscape, ridiculous amount of restaurants and some quirky fleamarkets. I already wait for the next visit even though the looming shadow of Brexit does ruin the excitement a little.

Has the looming shadow of Brexit affected our excitement about traveling to Britain?